skip to main | skip to sidebar

Let Me Introduce Myself! 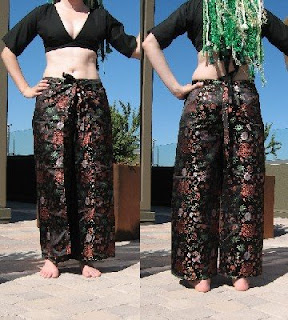 Hello Etsy Raqs readers! My name is Amy, and when on stage it is Nadima, and I am the purveyor of Fabulous Pants. I began sewing in 1997 when I joined the Belegarth Medieval Combat Society. Through this association, I not only learned about costume design but also learned about the art of bellydance. I learned off of tape until I joined Pangaea Dance studio in 2005. While dancing at Pangaea, I found that there were few options for comfortable practice pants that were also fashionable enough to wear in restaurants and clubs after practices. I wanted a way to transition from different venues without having to take different clothes with me for each place. After working on costuming for the resident dance troupes, Reflections and Patchwork Silks, as well as my own costuming in Medieval and fantasy clothing design for Belegarth, I began working on my pants design. This exploration could not have come at a better time for me. Another member of the studio, Bastet, approached me about beginning a Gothic Fusion duet now known as Maelstrom. We loved to use Fabulous Pants as one of the bases of our unique costuming, and I wanted to make these pants and other items available for your bellydance needs through Etsy. I am concerned not only with the beauty of design but also with quality fabrics, notions, and workmanship.

So why are they called Fabulous Pants and how did this all begin? Fabulous Pants began as a mere side project for me. I wanted practice wear for bellydance that was lighter weight than sweatpants, versatile in movement, and most importantly fashionable for wearing out of the house, into the studio, and then out on the town for dinners after dance rehearsal. While on vacation, I learned about a type of pant from Indonesia and Bali. The versatility of the garment was just what I was looking for, however they were made for men and did not fit all the curves of the female body. After adapting several patterns, I had made a pant that was light enough for practice and also had enough movement for proper execution of bellydance movements. I then began looking for suitable fabrics to accompany the pants dual nature of practice wear and street attire. Everywhere I wore the pants they were called "fabulous" by people, and so I began calling them Fabulous Pants. After many requests by individuals for where the pants could be obtained, my friends and family convinced me to go into the pants business along with my other side projects of dance belts and tribal fusion costume design. I am dedicated to bringing you high quality products that fit both practice and performance needs made out of the finest materials available. All of the products are handmade with care in my home in Oakland, California. I hope you stop by my Etsy store and take a look around. I am working on some new pants, belts and hairfalls, so look for them to be listed soon! 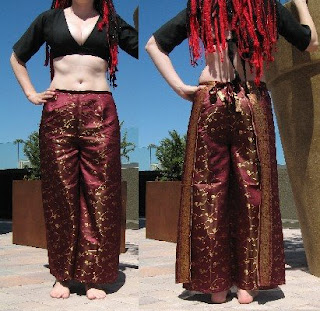 hi, i'm cindy, and i am excited to be on the the etsy raqs team! i am a new member, i just got my etsy shop up and running this month. my shop name is 'cinderelly', after a pet name my grampa used to call me...i'm cindy, so he called me his 'cinderella', but cinderella seemed to always be taken, and also a little more formal than i am. i liked the form of the name the mice on the disney version called her, 'cinderelly', kind of a little more laid back, like me! 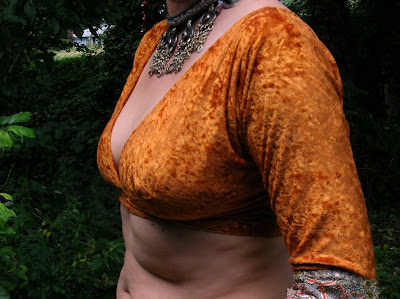 i am a professional seamstress, sewing out of my home for a bridal salon most of the time, and sometimes for a local designer. but i love bellydance and sew bellydance costumes, way more than i can use for myself! i have serious commitment issues...i have taken lessons in cabaret, and gypsy, and tribal, and now back to cabaret again....so you'll never know what i will be sewing up next!
i have this choli in my shop right now, it ties in back to make for a good fit, and has vintage sari edges detail on the sleeves. they have pretty, sparkly, tiny, sequins and gold thread sewn on chiffon. (i adore sparkly!) 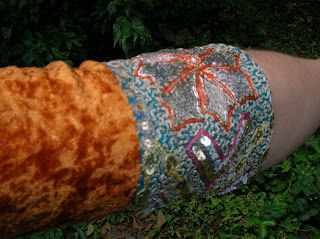 i have made many of these cholis in the past, and i also have a couple that i dance in. they are really comfortable and look great whether worn alone, or under a coin bra. i only have two things in my shop right now, but hope to put a lot more things into it now that the bridal season is slowing down to a crawl finally (thank goodness...it was a crazy summer!) i have a pink one cut out, and it also will have the sari edges but a little different pattern. i bought several yards of it from my favorite tribal vendor, silk road tribal, so i have a few ideas for projects to be coming!
Posted by cindy at 11:42 PM 2 comments: 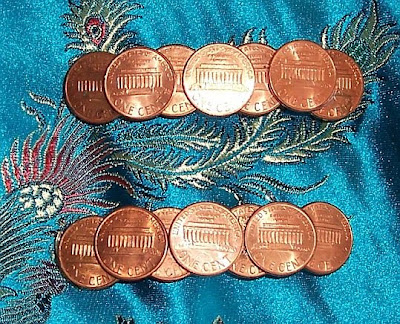 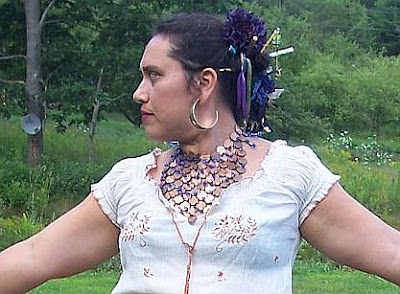 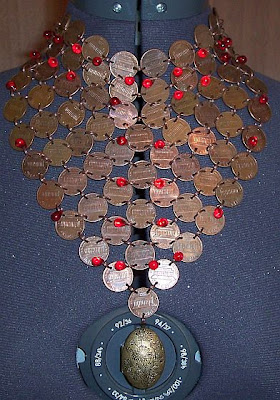 First pic. is my necklace
Second pic. is the one up for purchase

91 Pennies in this choker. I made one for myself and decided to make one to sell. I love pennies and making jewelry out of them. I have more penny jewelry coming soon.
I also have penny barrettes up
http://www.etsy.com/view_listing.php?listing_id=14113563
Not only great for a belly dance costume but also for your belly dance pirate costume. Argh!
Oh Jack
http://www.etsy.com/view_listing.php?listing_id=14061655 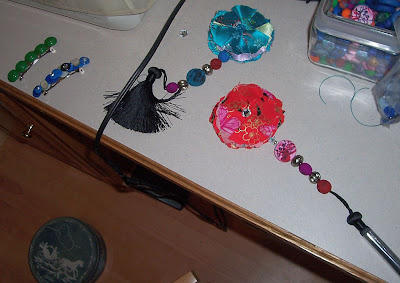 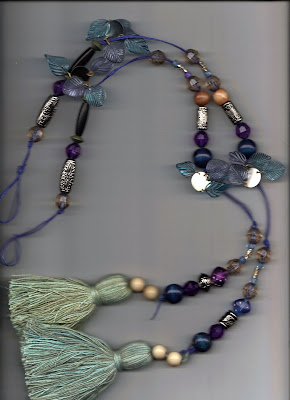 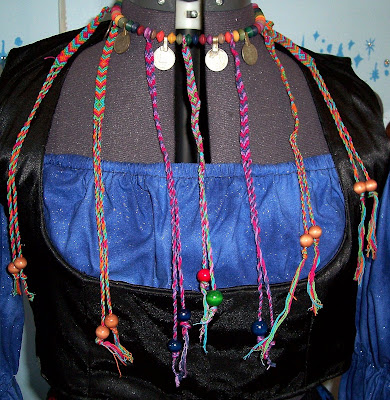 Working on some new hair items-mostly barrettes. I have so many ideas and so little time. Anyway, tell me if you like to see these up for sale-Fairy Hair Falls and my Kuchi Friendship Necklace.
www.erikaschiquis.etsy.com
www.erikaschiquis.blogspot.com
Posted by Erika at 6:46 AM 2 comments:

Well I did my first diy skirt, in about 2 or 3 years, that I am selling. I used to sell these on ebay but I don't sell there anymore. I do all my items on etsy only. Anyway, here's the skirt Madam Mermaid
http://www.etsy.com/view_listing.php?listing_id=14078176

I can see someone using this for a fusion piece. I tried to take some cool pictures of me in it but I had to hurry(rain)and well it just didn't happen. Anyway, I'll make some more diy skirts soon.
www.erikaschiquis.etsy.com
Posted by Erika at 9:39 AM No comments: 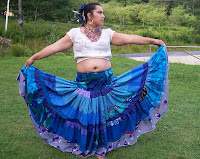 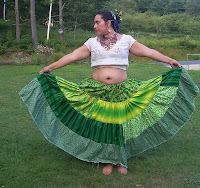 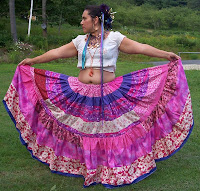